Oral Cancer is more prevalent then Cervical, Prostate or Pancreatic cancers. The state of the art technology we use allows detecting cancer long before it becomes visible and spreads. In time to save your tongue, jaws or life. This is the same as a mammogram, PAP smear or a PSA test. 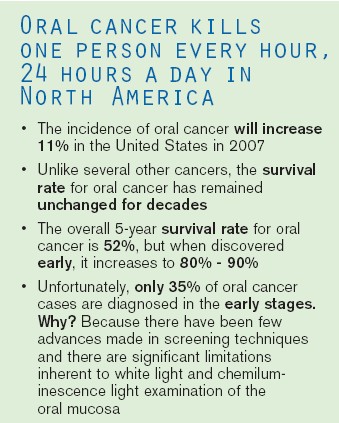 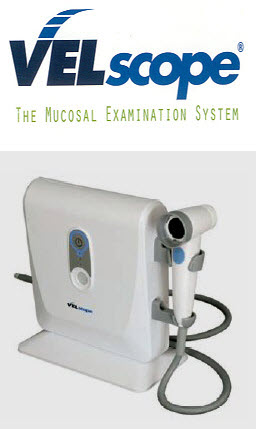 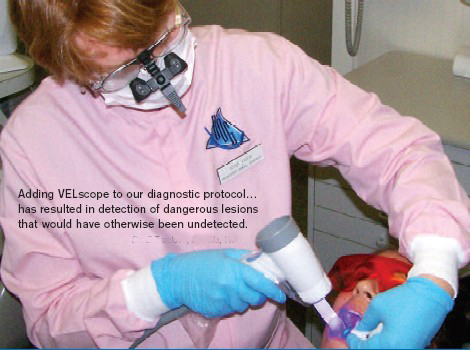 The VELscope Handpiece emits a safe blue light into the oral cavity, which excites the tissue from the surface of the epithelium through to the basement membrane and into the stroma beneath, causing it to fluoresce. The clinician is then able to immediately view the different fluorescence responses to help differentiate between normal and abnormal tissue. In fact, VELscope is the only non-invasive adjunctive device clinically proven to help discover occult oral disease.

Typically, healthy tissue appears as a bright apple-green glow while suspicious regions are identified by a loss of fluorescence, which thus appear dark.

Sex: Men have a slightly higher risk of developing oral cancer than women.

Race: The risk of developing oral cancer is higher in blacks than in whites.

Tobacco and Alcohol Use: The use of tobacco (including smokeless tobacco) and alcohol increases the risk of developing oral cancer.